Each Flagship is spearheaded by Director(s), who work closely with the Flagship Advisory Groups and the ACvA to promote cross-disciplinary collaborations, drive impact, and develop capacity building initiatives. To find more about each Flagship, click here.

The Director(s) of each Flagship are below. 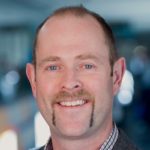 Grant Drummond is Professor and Head of the Department of Physiology, Anatomy and Microbiology (PAM), and Co-director of the Centre for Cardiovascular Biology and Disease Research (CCBDR) at La Trobe University. He is also an Associate Editor for the British Journal of Pharmacology and Cardiovascular Research. His research is in the area of cardiovascular and chronic kidney disease with a specific focus on understanding the roles of oxidative stress and the immune system in promoting the vascular and renal inflammation that contributes to these conditions. Grant Drummond’s work has provided novel insights into the roles of NADPH oxidase-derived reactive oxygen species as signalling molecules under physiological conditions, and mediators of oxidative damage in vascular disease. His studies have also shed new light on the involvement of inflammasomes and interleukin-18, and B cells and autoantibodies in the development of hypertension and kidney damage. His work is funded primarily by the National Health and Medical Research Council of Australia and the Heart Foundation of Australia. 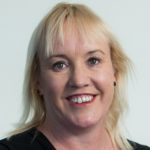 Rebecca Ritchie is the Theme Leader of the Drug Discovery Biology Theme in the Monash Institute of Pharmaceutical Sciences (MIPS) in Parkville, in addition to leading the Heart Failure Pharmacology laboratory within the Theme. She assumed this role in October 2019, after 17 years as Head of Heart Failure Pharmacology and Chair of Science Faculty at the Baker Heart and Diabetes Institute. Rebecca is internationally-recognised for her contributions to cardiac pharmacology. Her translationally-focused research objective is the identification of new treatment strategies for arresting the progression of heart failure, particularly in the context of diabetes, myocardial infarction and other inflammatory disorders. These strategies have been both pharmacological and gene delivery-based. The research achievements of Professor Ritchie to date include 116 career publications (spanning both preclinical models of disease and patient studies), continuous peer-reviewed funding since 1999 (comprising project grant and Fellowship support from NHMRC, Diabetes Australia, the High Blood Pressure Research Council of Australia and the Heart Foundation). Her international profile in her chosen field has been further recognised by numerous prestigious speaking invitations, including multiple World Congresses, including Cardiology, Diabetes, Pharmacology, and the International Society for Heart Research, as well as the American Heart Association and the British Pharmacology Society. These contributions to cardiac pharmacology have been recognised by the prestigious 2019 ASCEPT visitor to the British Pharmacology Society, the 2012 ASCEPT Achievement Award, the 2013 Diabetes Australia Millenium Award, and election as a Fellow of the American Heart Association in 2013. Rebecca currently serves an executive role on the International Society of Heart Research (as Membership Secretary of the Australasian section, 2016-2022), in addition to her board membership of ASCEPT. 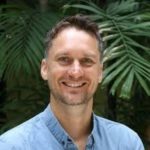 A/Prof James Hudson is the Group Leader for the Organoid Research Lab at QIMR Berghofer. He completed a double major in Chemical and Biological Engineering and subsequently completed his PhD on cardiac tissue engineering at The University of Queensland in 2011. He was then awarded a German Cardiology Society postdoctoral fellowship with Prof Wolfram-Hubertus Zimmermann in Germany. In 2013 Dr Hudson returned to Australia on a NHMRC ECF and is currently an NHMRC CDF and National Heart Foundation Future Leaders Fellow. Over his career Dr Hudson’s work has focused on the use of stem cell-derived heart cells for tissue engineering applications and is now working together with academic and industry partners discover new therapeutic targets for heart disease. 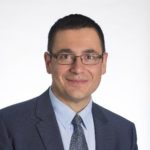 Peter is an Interventional Cardiologist with St Vincent’s & Northern Hospitals in Victoria and Professor of Medicine with the University of Melbourne where he heads the cardiovascular biomedical engineering group, a team built on a unique structure designed to connect engineers and scientists with clinicians.
Since returning to Australia following training in the Netherlands and the UK, he has been actively promoting cardiovascular research at an institutional, public and government level. He is at the forefront of advanced cardiac imaging having introduced optical coherence tomography (OCT) technology to Australia. He has since overseen OCT’s uptake across the region with over 80 centres now benefiting from his foresight. He is internationally renowned for his interventional and imaging academic output, and early development programs for novel therapies in cardiovascular disease. He has run numerous human interventional trials for novel devices, including new coronary stent designs using sophisticated imaging endpoints.
Peter’s vision is to forge a vibrant national network of clinicians, scientists, engineers and industry partners to help drive new advances strategically targeting cardiovascular disease. At the core of this effort will be a research culture embracing discovery, innovation and entrepreneurship, thereby building a more competitive and productive medical technology ecosystem for cardiovascular research in Australia. 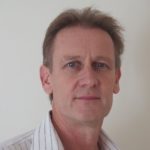 Professor Peter Meikle is the Head of the Systems Biology Domain and the Metabolomics Laboratory at the Baker Heart and Diabetes Institute.  He is Editor in Chief of Metabolites, the official Journal of the International Metabolomics Society. His research has a focus on the dysregulation of lipid metabolism associated with obesity, diabetes and cardiovascular disease and its relationship to the pathogenesis of these disease states.  This work is leading to new approaches to early diagnosis and risk assessment, and to the development of new lipid modulating therapies for chronic disease. 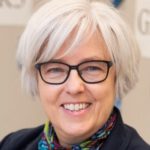 Alicia is a clinician researcher endocrinologist and Professor, Diabetes and Vascular Medicine at the NHMRC Clinical Trials Centre, Uni of Sydney. She has a Biomarker Laboratory with expertise in clinical, biochemical and molecular markers of relevance to diabetes and vascular disease. She leads clinical trials in diabetes complications. Alicia holds a NHMRC Practitioner Fellowship and has over 370 publications. 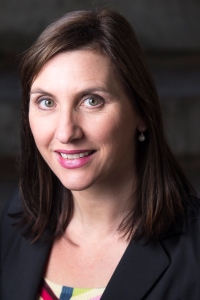 Professor Cadilhac is the Head of the Translational Public Health Research Division at the Stroke and Ageing Research Group (STAR), Monash University. She is an expert in public health research related to stroke and cardiovascular disease, particularly in the areas of health service delivery models, economic evaluation, program evaluation and chronic disease prevention. She has worked directly with non-government organisations and government to develop policy for chronic disease prevention in Australia. She has a clinical background in nursing, MPH and PhD. Dominique has over 220 articles in peer-reviewed journals and has contributed to book chapters and government reports, as well as clinical practice guidelines. Her team have published several consultancy (policy and/or program/economic evaluation) reports for non-government organisations. She has also contributed to more than 150 ‘quality of stroke care’ individual hospital reports to facilitate direct translation of evidence into practice. She is also the Data Custodian for the Australian Stroke Clinical Registry and Research Lead for the Victorian Stroke Telemedicine program. Her excellence in research has been recognised most recently with being awarded the Vice Chancellor’s Award for Research Impact & Dean’s Award: Social and Economic Research Impact (Faculty of Medicine, Nursing and Health Sciences) from Monash University in 2015. In 2019, she received the Stroke Foundation President’s award.

Professor Louisa Jorm is the Foundation Director of the Centre for Big Data Research in Health at the University of New South Wales (UNSW), Sydney, Australia. She has worked in senior leadership roles in both government and academia, giving her unique opportunities for translational research impacts. Professor Jorm is an international leader in health ‘big data’ research and specifically in applying advanced analytic methods to large-scale routinely collected data, including hospital inpatient and medical and pharmaceutical claims data. Her main current research interests are in application of advanced analytics to large scale electronic health data to create real-world evidence about topics including disparities in cardiovascular disease care and outcomes, variation in surgical outcomes, healthcare at end-of-life and Aboriginal health. She has played a leading role in the establishment of major infrastructure and capacity for ‘big data’ health research in Australia, including the E-Research Institutional Cloud Architecture (ERICA) secure data analysis facility. Professor Jorm has published >160 scientific papers and been awarded >$30 million in research grants. She is a high-profile advocate for more and better use of routinely collected health data for research.

Christopher Reid is a cardiovascular epidemiologist and clinical trialist with appointments as a John Curtin Distinguished Professor in the School of Public Health at Curtin University in Perth and as Director of the Monash Centre of Cardiovascular Research and Education in Therapeutics in the School of Public Health and Preventive Medicine, Monash University in Melbourne.  He holds a National Health and Medical Research Council Principal Research Fellowship in addition to being a Chief Investigator on NHMRC Program, Project, and Centre of Research Excellence Grants focusing on cardiovascular disease prevention.

Vincent Thijs is a stroke neurologist and clinician researcher specialised in stroke research with more than 15 years of experience in the field. His main research topics include acute stroke imaging, genetics of stroke, stroke in the young, atrial fibrillation and cryptogenic stroke. He has published more than 250 papers in the field of stroke, including co-authorship in top tier journals NEJM (4), Lancet (1), Nature Medicine (1), Nature Genetics (3), and Lancet Neurology (4) and >30 articles in the leading journal of the field Stroke. He has extensive experience, being involved in all stages of trial design, oversight and execution. He is/has been on the steering committee of 10 randomized clinical trials (MITI-IV, WAKEUP, SCAST, TASTE, AXIS2, REACT-AF, DIAGNOSE-AF, SOCRATES, RESPECT-ESUS, TEXAIS) and was national coordinator of more than 10 trials both in the field of acute stroke and secondary prevention of stroke. He also participated in outcome adjudication committees of clinical trials and their economic analysis. In his career as clinician he has lead stroke units in Belgium and Australia. He is the co-head of the Stroke Division at the Florey Institute of Neuroscience and Mental Health. He is the co-chair of the Australasian Stroke Trials Network.

Garry is a cardiologist with a distinguished career in clinical practice who has previously held the role of Director of Cardiology at The Alfred Hospital, Melbourne as well as Directorship at independent research institute Baker IDI for 14 years. After 14 years as Director of Baker Heart and Diabetes Institute, and serving as the Interim CEO of the National Heart Foundation, Professor Garry Jennings AO is now the Executive Director at Sydney Health Partners. His clinical and public health research interests span the causes of prevention and treatment of cardiovascular disease. He is a regular media commentator and was awarded Officer of the Order of Australia (AO) in 2013. 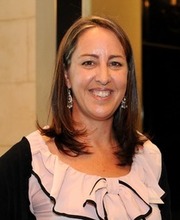 Julie Redfern is a Professor of Public Health, a practicing Physiotherapist, Research Academic Director (Researcher Development, Output and Impact), School of Health Sciences, University of Sydney and a Professorial Fellow at the George Institute for Global Health. She has been a CI on research grants totalling $20M in the past 5 years and has published over 180 manuscripts and 4 book chapters. Professor Redfern has >15 years of experience developing, testing and implementing scalable strategies to close evidence-practice gaps and improve health outcomes for people with chronic disease. She has expertise in multidisciplinary and translational research and is an advocate for effective secondary prevention of cardiovascular disease and her research interest is focused on improving clinical practice and reduction of risk factors ultimately in people with a range of chronic diseases. Professor Redfern currently holds a NHMRC Career Development Fellowship 2 and is CIA on a NHMRC Synergy Grant (SOLVE-CHD). She is Co-Chair of the Clinical and Preventative Cardiology Council of the Cardiac Society of Australia and New Zealand, Co-Chair of the National Secondary Prevention Alliance and part of the team that won the 2016 Australian Google Impact Challenge.